In collaboration with CNTA, we bring you closer to the impacts that the ‘new wave’ of protein can generate in agri-food companies.

The virtual event New Food Conference took place April 28 – 29 outlined some of the most important challenges that the food industry must address for the development of new protein sources and their progressive introduction into consumers’ menus.

CNTA, National Centre for Food Safety and Technology, is a private non-profit making association. Since 1981, the aim of this research centre has been to contribute towards improving the competitiveness and quality of the food sector. Its work is focused on the fields of food science and technology, biology, chemistry, agronomic engineering, food sciences and nutrition.

One of the topics covered in the event was about new technological horizons and the connection with the circular economy. Speakers explored themes such as what can be expected from technological advances, and how they will contribute to making the development of proteins from alternative sources more sustainable, efficient and scalable. Some solutions were presented, amongst them high-moisture extrusion or precision fermentation have come in strong from new promising startups. 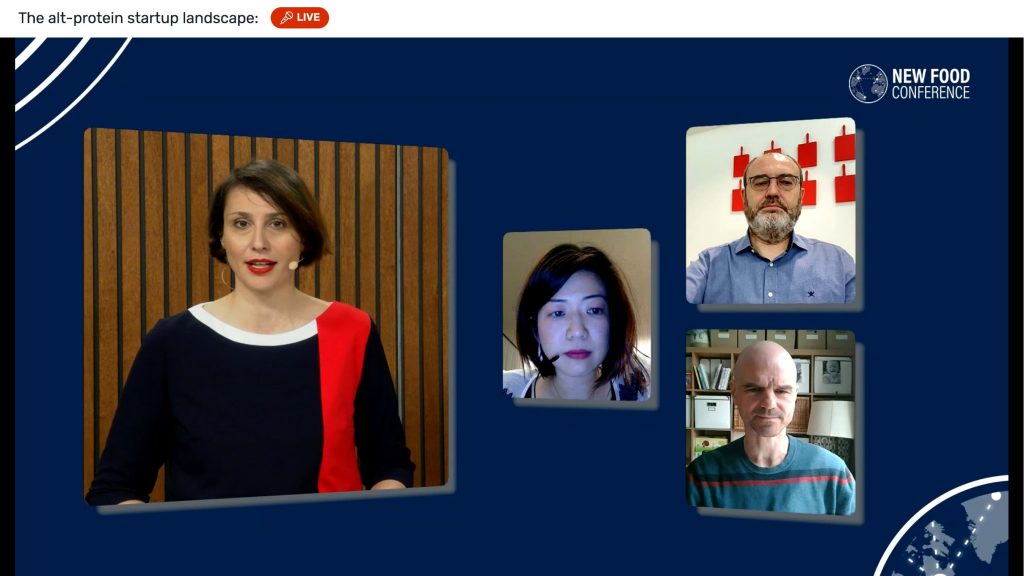 José Luis Cabañero, Founder & CEO of Eatable Adventures, spoke about the “incredibly tasty and mimicable” products that are being manufactured thanks to technological advances and focused on two concepts: the potential of biotechnological processes and, on the other hand, the suitability of linking protein production with another strategy of marked sustainability: the valorization of by-products. A clear example is the use of food by-products as substrates for precision fermentation.

Other topics were discussed, including the development of other plant-based categories including egg products, fish seafood and more and the importance of not only achieving sensory similarity to the animal counterpart but also having a significant nutritional value. This way it allows consumers to perceive it as healthy, in addition to being cleaner.

On paper, cultured meat would provide similar nutritional profiles to the corresponding conventional foods and would add some advantages over them, since they would not use antibiotics and the production conditions would reduce the possibilities of contamination with pathogenic microorganisms.  However, the evidence on these nutritional benefits and better environmental balances will not be confirmed until an industrial production level is reached after completing the scaling-up processes in which several companies are currently involved.

How will it impact the industry?

All these views on alternative protein sources invite us to imagine a future in which we will most likely see relevant changes. Legislative updates will make way for new labeling regulations and product approvals that until now seemed too futuristic or unlikely at a market level. Given that investment in the development of alternative proteins has not slowed down during the pandemic and looks set to continue, more and more new products are expected to hit the shelves and retail outlets. Will they eventually become established among a more mainstream consumer? Only the future will tell.