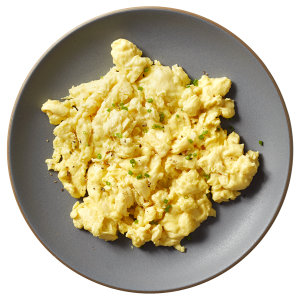 Identifying plant protein as a major source of future foods is what we like to call the protein revolution: perhaps because the way in which we produce our protein cries out for change, and during the current covid crisis this has become increasingly more important.

The underlying sustainability, efficiency and food security of our food supply chain has been somewhat of a tightrope throughout the current pandemic. Despite the EU declaring that there is a lacking of scientific evidence to prove the virus is transmitted through food, the UN has expressed concern over the link between extensive livestock farming and the virus, in part due to the increased demand for animal-based foodstuffs which is projected to double by 2050.

Protecting our planet and minimizing damage to its ecosystem has been an important part of our agenda for many years, but since the outbreak of the covid19 increasingly more consumers or seeking more sustainable-based solutions as well as “better for you” products that offer some advantage to their health and well-being. The European Commission has just pledged 10 billion euros to help further our green transition with the aim of solidifying and advancing the researching of alternative foods.

“This is a major step forward. Alternative proteins, such as plant-based and cultivated meat, play a critical role in Europe’s transition to a more sustainable, healthy and just food system ”, acknowledged Alexander Holst, GFI Europe Policy Manager of the European Commission.

In recent months, the need for new, innovative startups with disruptive solutions have spiked. For example, plant-based pioneers like Just and Grounded Foods have increased their demand from food producers. “The alternative proteins industry was already a hot market before covid-19 hit. My prediction is that these terrifying times will propel the sector’s growth even faster, ”says Veronica CEO of Grounded Foods.

In the sector of cultured meat, the barriers come in the forms of reproducing the taste and texture of  the “real” thing and then commercializing it at a reasonable price. Some cell-based meat producers estimate that the COVID crisis will boost this type of alternative production.

Future meat technologies, the first company to open an industrial farmed meat plant, has announced that it will sell its technologies to the protein industries in order to reach commercialisation. In addition, a recent article from the University of Maastricht reported that consumers are willing to pay more for this meat.

Large companies are showing great interest in getting a foot in the plant-based door. Just look at industry pioneer Cargill, which is focusing on marketing alternative products in the US and China, two countries with huge consumer potential. The brand announced an investment of up to $100 million in food tech startup Puris back in 2018 and has since benefited from this partnership with the dwindling production of pea protein. Cargill has also invested in the “protein of the future” with fundings in cell-based meat-producing startups like Aleph Farms and Memphis Meats.

As you can see, investments in alt protein startups has spiked in recent years with larger names aching to be a part of the new protein revolution. And the movement continues, Swiss fund, Blue Horizon, has just acquired 35% of Spanish startup Cubiq Foods. This just goes to show that the plant-based wave isnt only affecting larger countries like the US or Asia but even Europe, and seems like even consumers and investors want to be a part of it 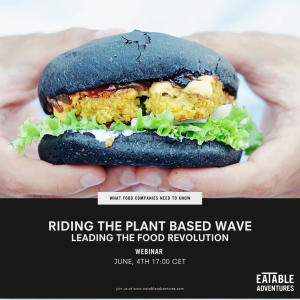 In our next webinar “Riding the Plant Based Wave: Leading the Food Revolution“,which will take place on Thursday, June 4 at 5:00 p.m CET., we will be joined by Nir Goldstein, Managing Director Israel at The Good Food Institute and Elizabeth Gutschenritter, Managing Director Alternative Protein at Cargill who will offer their insights into the world of plant-based and the companies leading this new food revolution. Secure your place!